We wanted to do a little more exploring of Louisville before heading back out on the open road. We decided to go back to Churchill downs to see a little more with a smaller crowd. The only problem was that most things are closed in the south on Sunday’s. Which meant that unfortunately we didn’t get to take a tour of the derby grounds or the Louisville slugger museum.

We did make the best out of the situation by walking around and seeing what we could of each place and then found a place for bunch.

We ate at Browning’s Brewery by Louisville Slugger Field which had outdoor seating which was great because it was a beautiful day. We ordered the fried chicken with cheese grits and the chrizo biscuits and gravy. Both were unbelievable, the perfect meal to have before leaving.

After lunch we took a walk around downtown to fourth street live; which is a closed off street that has a bunch of restaurants and bars. It was fun to walk around the city and explore what Louisville had to offer! 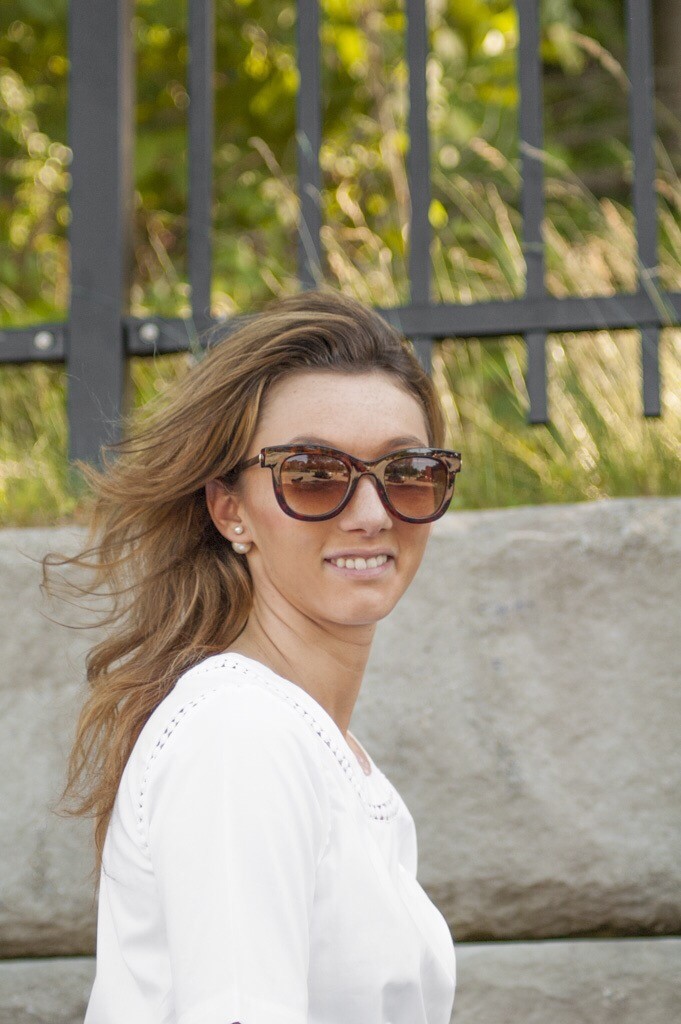 My style inspiration comes from everything around me as well as my fashion idols Audrey Hepburn, Carrie Bradshaw, and Blair Waldorf (Gossip Girl). I consider my style to be classic, but with a twist by mixing patterns, textures, and bright colors.